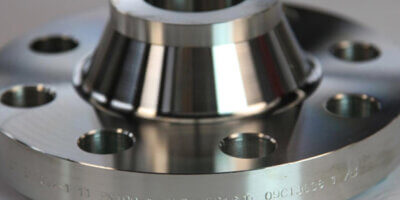 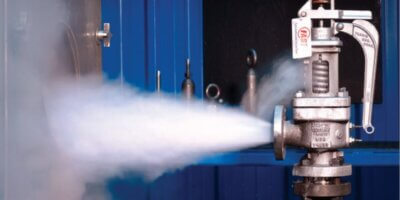 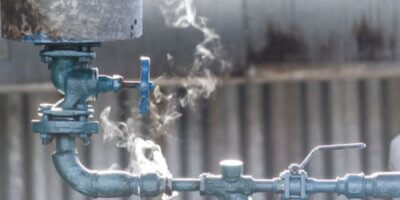 Drains of steam traps can either be open to atmosphere or it can be routed back to a condensate main. When the drain is open to atmosphere or routed to a drain collection tank that has atmospheric pressure it is termed as “open system”. When the drain is routed back to condensate main it’s termed as a “closed system”. Because everybody is aware of the amount of energy a closed system can save, the closed system configuration is used at almost all the places. Plants even have modified their existing open system to closed ones. However when the economics of providing extra piping/support is huge in comparison to the energy gains, an open system configuration can be used.

First of all how do we collect the condensate? For this Horizontal portion of steam mains are generally sloped downward in the direction of steam flow. This is to avoid Condensate flow against the steam. A drip leg is then used to collect this condensate on steam mains.

What is a Drip leg?

To collect condensate on steam lines, a drain pocket is welded to the bottom of the pipe to be drained. This arrangement is called drip leg.

The steam distribution system shall have a drip and trap system at regular interval. Various recommendations exist for the distance between traps, so it should be decided according process parameters or company standard when available. One of them is produced below for reference.

Drip leg dimensions in most cases are standardized, a sample of this can be seen below (fetched from www.processpiper.com).

Some sample P&id snaps are provided below for reference.

Some basic points on Steam trap p&id and piping elements is stated below.

1. Consideration to be given for a dedicated steam trap for each condensate accumulated in steam systems. Designs where one steam trap is used for multiple condensate drainage are to be avoided.

4. Bypass around steam trap is installed for maintenance and repair, it can also come in handy when traps couldn’t handle air and condensate load during start up. One disadvantage of bypass installation is there is possibility of opening bypass valve and pressurization of condensate line, for this reason if process can’t be shut down for in-line maintenance, a dedicated parallel steam trap system to be installed. Valves should be fully ported – such as ball or gate valves – to minimize pressure drops that cause condensate flashing or raise back pressures.

5. Strainers are installed prior to steam trap to prevent any dirt gets through. Steam traps with integral strainers can also be used for the same purpose. The blow down valve allows the strainer to be blown down during operation and, more importantly, permits the steam trap cavity to be safely depressurized during servicing.

6. In a closed system sometimes a Test “t” is provided. The plant personnel can open it and by recognizing the discharge pattern from the valve can know if the trap is working properly.

7. Check valve to be installed after trap, when trap discharges condensate to pressurized return line. High temperature condensate when discharges to lower pressure, flashes and steam pockets will be formed. Steam pockets release their latent heat and implode and water hammer occur. Check valve helps protect the trap from water hammer and prevents back flow through the trap when the steam is off.

8. Insulation is an enemy to a good steam trap maintenance program and should not be used. To avoid problems, it is recommended that pipe insulation start approximately 300 mm. upstream and downstream from the trap.

Where to locate a steam trap-:

1. Steam trap to be installed so that they are within reach from grade, a platform, on a portable ladder and are close to and below the equipment being drained.

2. A pipe rack column will be an ideal location to locate traps from steam mains, due to the support availability and because it will not obstruct or occupy the pathways and free space.

3. Locate the steam trap below the lowest condensate discharge point of the equipment.


A reference drawing for Steam trap piping arrangement from equipment is provided below.

1. To handle condensate fittings including valves should be full bore type.

2. If reducer is used after steam trap in horizontal portion, that should be of eccentric flat up type.

3. Condensate discharge lines should connect the return header from top, so that they discharge into the vapor space and reduce noise. Also these discharge line should be staggered when required to minimize noise, minimize potential erosion as well as to avoid high local back pressure.

4. Never install a rise in the pipe ahead of a steam trap.